Awareness, by itself, is not enough to help you avoid a criminal threat. In fact, criminals usually expect their victims to feel afraid, and some criminals feed on that feeling. Really nasty criminals encourage a victim’s fear and even work hard to increase it. A person who feels alarm but is not prepared to act is an ideal victim for such a criminal, because that person fits neatly into the script the criminal expects to play out when he attacks.

Be smart: be prepared *and* aware! -Kathy Jackson

Side control escapes involving a elbow-to-wrist brace across opponent’s collarbone and a body turn AWAY from hir. I have such trouble with that. This is one of the techniques that the white belts actually pick up FASTER because they don’t have years of “NEVER TURN AWAY FROM THE OPPONENT!!!” to try to break out of.

One of these techniques was designed to take advantage of the moment that the opponent slips hir arm from the near side of your head to the far side in preparation to keylock you. I need to try to remember to experiment with that live.

A little rolling with a few white and early-blue belts. I was able to handle everybody fairly well. I know that Bellevue- which is rife with people better than myself- is the best possible place to learn, but it sure helps the self-confidence to go to Kirkland and just tool up on four or five people in a row to remind yourself that you can actually do some jiu jitsu.

Friday evening women’s class in Bellevue. Roundhouse kick to your hip, you step with the arc, then overwrap the ankle and press the knee out to take down. Step in to brace the leg, then ankle lock.

…..aaaaaaaaaaand more side control escapes, this time the one I have always hated: the one where you snake under the armpit and then roll to your belly, to turtle, to sit-out. I have always struggled with the mechanics of this (although I am very flexible, several bits of this sequence exploit the few ways in which I am *NOT*) as well as the terror or getting 1)smashed back down, probably with my elbow breaking in the process… neck feels distressingly vulnerable as well here….. or 2)getting pinned on my belly…. I do not like being flat on my belly underneath my (usually heavier and stronger) opponent. I was like, “Oh God, *this* shit again…..” but tonight was the first night where I actually felt like I might be starting to grok this one. It helped a lot to have done those bracing side control escapes the night before. Something just clicked after having worked this series of moves in sequence. I’m still not very jazzed about the idea of trying this live, but it makes a little more sense now.

The problem with this women’s class is that I am too tired to do the following class (which I miss), and there is almost never any live rolling (so far). I was feeling very hungry for some live rolling, even though I was pretty tired and not thrilled with the idea of drilling *or* rolling with fresh men. I really wanted to roll with Chrisanne, but she was tired. Still, she was waffling a bit, which made me keep my gi on and sit on the sidelines with her hoping she would get a second wind. The class was all sparring (damn!), and Carlos was not at all pleased with the concept of me and Chrisanne sitting out part of the class and then coming in JUST to roll with each other. He was like, “You’re welcome to come in, but if you do, you are staying on the mat for the whole class.” Finally I gave up on Chrisanne and went back in. Had a couple of good rolls, although I got fairly dominated. Kevin is amazing. I haven’t worked with him in a long time, and it blew my mind at how flexible, technical, and stellar he has become. I remember working with him when he was a white belt, and it is very inspiring to see how far he has come. 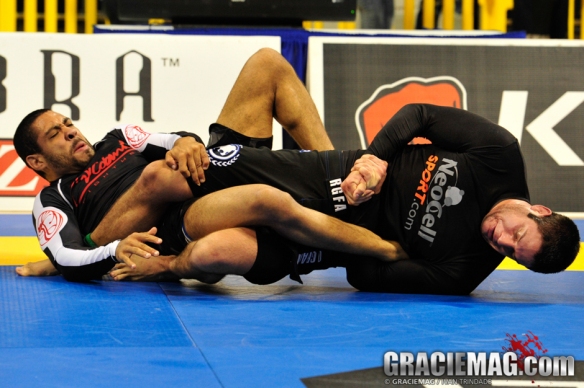 This is how a book or story has to start. Something rings in my head, like Great Tom. A knell.

Or sounds in my brain like a horn. A call to battle.

Sometimes it is a character tapping me on the shoulder.

Sometimes it is a vision, a picture in my head.

Only when I hear that ringing, that battle horn, that clear argument, or feel that tapping, or see that vision do I know there is a story I have to tell.

Then I must invoke the magic word. Oh, yes- there is one. All truly successful writers know it.

I shall whisper it in your ear: BIC.

It stands for Butt In Chair.

Really. Hard work is the only real magic there is… if the book in your head is going to get onto the page.

Friday women’s class: I was too lazy to blog it and now I can’t remember what we did, except I remember doing double-leg setups and upas.

Same, only use pendulum sweep.

I had some issues here, and at first I was irritated that we were doing both of these in one class because I kept sticking elements of the scissor sweep into the pendulum sweep. I tend to try to turn everything into the scissor sweep; the pendulum sweep feels like one of those “this will never work for me live” things (I think partially because of the emphasis on powering it with a lateral-to-medial shove of the thigh which feels like a very weak movement to me, and also I am always wanting to hip out). It turned out to be annoying-yet-educational because it forced me to focus on the differences.

Scissor sweep- I am decent at this; I just need to remember to keep my knee toward the ceiling. I want to put it too low across the opponent’s ribs, and a decent player is going to just flatten it (and me behind it) and squash me. I usually end up trapping the posting arm adequately, but I need to be more mindful and assertive about it.

Pendulum: Do not turn on my side. STRAIGHT leg, up to the ceiling, socketed assertively right into opponent’s armpit. Another mindful and assertive post-trapping. CUP the knee (you do not need to try to remove this grip). Also, Carlos adjusted my angle of launch from sideways to upper-diagonal (like the upa). The sweep comes from that thigh shove PLUS the lifting of the opponent’s knee with a flaring of the elbow. That elbow flare was the one thing I didn’t really get enough time to iron out to my satisfaction after ironing out the rest of my problems.

Both sweeps could also use a lot more more lower-leg shoving.

A little king of the hill, pass vs sweep. I got very excited because I was able to not only hold off John for quite a while, but eventually SWEEP him (gasp!). True he wasn’t going 100%, but he wasn’t babying me around, either. My expanding ego was swiftly returned to earth like a popped balloon by my next opponent, a while belt guy who shoved past my guard in about 4 seconds.

Carlos instructed the 4 large male white belts to not even engage the women. While I understand this, I was a little peeved  that it wasn’t “be careful”, it was “don’t go near them at all”. I don’t want to encourage the male white belts to refuse to work with women. There is no reason they can’t learn to be careful. (Carlos added, “Oh- except for Keetsune,” and I was like, “Yeah, bring it,”- but then he said he was kidding. I wasn’t.)

Friday women’s class: same techniques. Good. Was able to get my shit together better this time.

In addition: Failed double-leg to bear hug and lift; uke hooks foot around attacker’s shin to foil the lift, then bend down and grab opponent’s ankle and lift for takedown. KOB.

I am feeling hungry for more sparring; we don’t do any sparring or much KOTH in women’s class. I’m having some stress at work, and could really use the sparring. I stayed after class Thursday and did one spar with Camille, in which I was able to handle her well and mount her repeatedly to troubleshoot her sorry upa.

One of the fresh blues said to me in the locker room- in a tone that should be reserved for unicorns, Jesus, and Cindy Hales- “I want to be just like you.”  I don’t know how to react to this. I still don’t. I managed to not laugh. 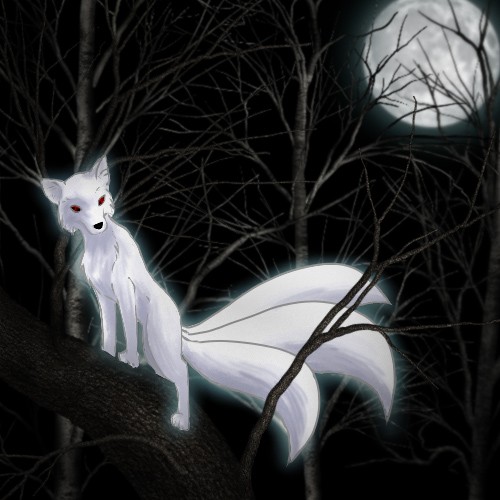