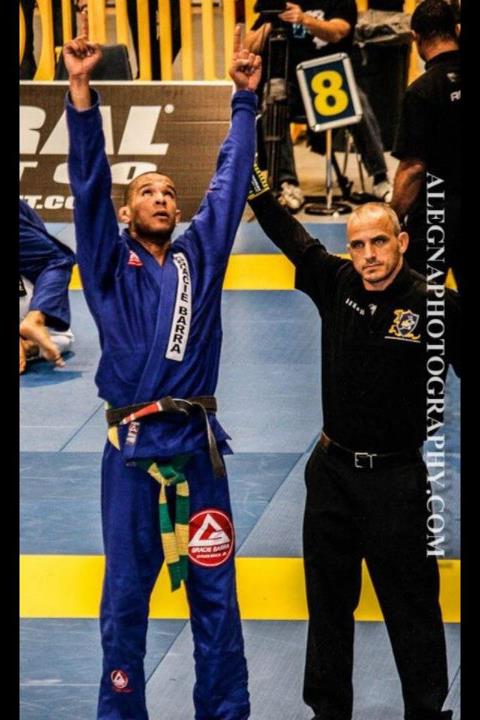 The 70-80% level of technical excellence can be achieved relatively quickly; however, to attain the remaining 30% or 20% requires a disproportionate amount of time and effort. Tony Gummerson, “Teaching Martial Arts”

Very hot in the gym this morning. Pummelling, armbar-from-mount drills, double-leg setups, then an hour of king of the hill, then a few spars. I did very poorly today in all aspects of KOTH. Got schooled by a tiny little white belt girl- but I felt a bit less bad after hearing that she was an MMA fighter with 5+ years of no-gi and wrestling. She got a lovely takedown on me, and she had some masterful sweeps. A big white belt guy did a rough takedown on me. He was quite muscley throughout; he may be one for the blacklist. It was good to work with Amy, as I don’t get the chance often.

Several hours of yardwork in considerable heat, both before class and after. Pulling blackberry brambles, burning blackberry brambles, mowing. Using a manual mower against thigh-high grass is very hard exercise. You have to use short, hard chest thrusts to move it along, and go over every spot at least 2 or 3 times. God, the yard looks great, though. It’s so nice to have those mountains of blackberry brambles out of my driveway, where they have been sitting since January. The foxgloves are up everywhere, and I am innundated with hummingbirds.

Friday evening gi. Even hotter in the gym tonight. An hour or two of yardwork beforehand. It was too hot to do any more than that. Aching like hell. I had to take 2 Ibuprophen, which I hardly ever partake of. It wasn’t even (mostly) the BJJ, it was the yardwork. I’m never going to let the grass or the blackberries get that out of control again.

Standing guard pass: the hand positions on this were odd. Move slightly to opponent’s right. Grab opponent’s right ankle with your right hand, fingers toward hir foot. Press hir right knee to mat with your left hand. I had to place the heels of my hands together before I stepped forward to grab my partner. Carlos demo’ed that if you have your right arm like this, it’s harder for the opponent to grab your right elbow and pull your arm in.

Now: take your hand off the ANKLE and place it on opponent’s waist. Place head just above that. Drive in and take side control (try to trap that arm). I had a heck of a time remembering to use the correct hand.

Next: same opening, but now opponent tries to throw hir leg over your head in preparation for moving out. )NOTE: when you are the uke, you must put that sole on the floor, not try to brace it against the opponent as I am wont to do.) Hug the thigh and place your head on the BACK of hir thigh, then move around the opposite side and drive in to take side control. Again: try to trap that arm. A detail I often neglect. And again: don’t let go of the ankle until you are safely around to where s/he can’t catch you in half guard. Once in position, you can (and probably should) release the thigh.

I wanted to spar, but it was too fucking hot.

It was hot enough that I forgot all about my recently-adopted habit of checklisting that I have belt, water bottle, and headgear before I get in the car. And I forgot my headgear, again. I’m so embarrassed and pissed at myself. I’ll be lucky if Carlos doesn’t confiscate it to teach me a lesson. I have forgotten it so often that I wouldn’t be able to really blame him if he did.